Swashbucklers for Life is a collaboration between various pirate/privateer/buccaneer groups throughout the Steamlands in support of Relay for Life; originally conceived as a relatively simple gathering of three different pirate groups, SFL has quickly grown into a day-long event involving six groups and spanning seven different sims. Get buccaneered up and get ready for a day of fun on the seas! Swashbuckling attire is encouraged, but optional. Come for as much of the day as you can (or as much as you dare...) and show your support for Relay for Life in the Steamlands! There will be dancing, drinking, playing, racing, fighting, and modeling. There will be comely wenches and dashing buccaneers. There will be rum. There will be waffles. What more could you possibly ask for?

The Black Forest Pirates of Caledon will kick off the Swashbucklers for Life event with an opening dance, followed by the event you know you've all been waiting for:  Waffles From the Deep - A Sea Battle of Epicly Tiny Proportions.

British Bulldogs is a British playground game similar to Tag and Red Rover; in this version, the Bulldogs are ironclad vessels which  will be doing their best to ram the other ships as they attempt to sail safely across the playing area. The last player left is the  winner, and will then become the first Bulldog for the next game.

A tour through most of the Winterfell water sims, to be followed by a Tall Ship race; all sailing ships propelled by SL winds are eligible,  but keep in mind that not all ships will fit under the Nepenthe gate. Entry fee of 500L$ to be paid at the RFL kiosk located in the East  Tower of the Nepenthe gate on the day of the event; the winner of the event will receive a Trophy custom made by Mr. Marcel  Ghostraven.  This event will be streamed LIVE on Radio Riel!

Sail your tall ship to Antiquity Port Royal and join the Antiquity Pirates in battle for dominion over the seas! Rules to be supplied at the  battle.

Come out and watch some of the loveliest wenches and handsomest rogues in the Steamlands as they strut their stuff on the plank. See the latest in buccaneer fashion from some of the best designers in the steamlands, as these daring models are forced to  walk the plank in shark-infested waters.


After a long day on the stormy seas, sail into port at Caledon Llyr and join us on the Morrigan for some rum and rowdiness at the  Buccaneer's Ball!  If the ship (sim) is full, just head to the neighboring beach in Caledon Westmoreland and join in the drunken revelry. 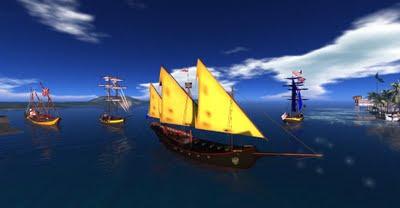 Posted by Wildstar Beaumont at 3:47 PM No comments: Posted by Wildstar Beaumont at 11:36 PM No comments:

Posted by Wildstar Beaumont at 11:10 PM No comments:

the Second Annual Riel Day for Life is Coming

this Sunday, the 5th of June. Click on the poster for the details 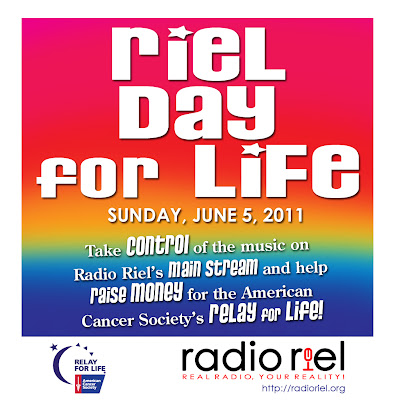 Posted by Wildstar Beaumont at 6:13 PM No comments: